Nothing rhymes with orange

For one day a year the entire country of The Netherlands turns orange. This is on April 30th, when we celebrate the queen's birthday. Because Van Oranje is the royal family's last name we all dress up in the most impossible color on planet earth. It's actually the late queen's mother's birthday that day, but as Queen Beatrix' Bday is in January they decided to stick with April because of the greater chances of good weather. And for some reason it is always beautiful weather on Koninginnedag (Queen's Day)! 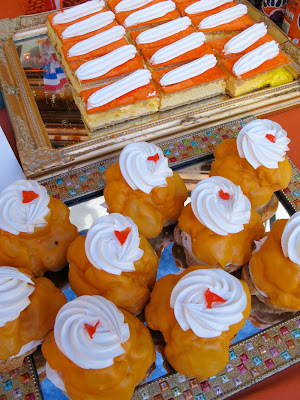 ∧ The food is orange. 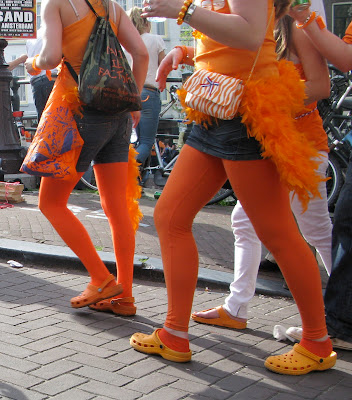 ∧ The only day you're allowed to wear orange Crocs! 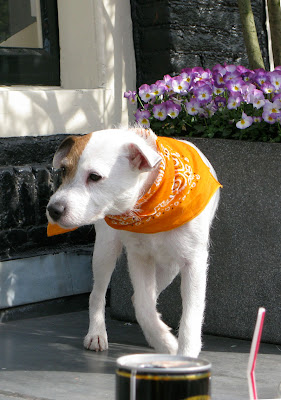 Now I'm by no means a royalist, but I think Queen's Day is the best day of the year in Holland. Because we celebrate her royal highness' birthday by turning the country into one big flea market slash street party. It is the one day of the year that people are allowed to sell their junk on the street without a permit (garage are yard sales are non-existent in The Netherlands) and the Dutch do it en masse! It is a national holiday and everybody gets a day off. So everybody gets pissed the night before (Queens night). I love it.

For the last few years I hadn't been in the country on April 30th, so the time was high to go this year. I decided not to go wave to the Queen in my hometown Rhenen (where they honored her with - I kid you not - a contest toilet bowl throwing!); instead I opted for Amsterdam. Because that's where the party is really at.

In the weeks leading up to the big day I had obsessively kept an eye on the weather forecast. Because when it rains all the festivities 'fall into the water', as we say in Holland. But as by the grace of God it was a gorgeous, hot, sunny day. It had been horrible weather on the days prior and the rain came again in the night, which proves in my opinion our queen is truly blessed!


Queens Night was great fun, watching my brother play with his band on Leidseplein till the wee hours (as we headed back home people were already setting up there stalls for the flea market!). On Queens Day we roamed the flea market for hours, slowly making our way from the posh area of Amsterdam South to the city centre. There we watched the boats on the canals, wandering from one street party to another, while sipping Heineken and having Dutch delicacies such as poffertjes (puffy mini pancakes with butter and icing sugar) and broodjes kroket (deep-fried meat ragout covered in breadcrumbs on a white bun). Best. day. ever.

∨ Bumber to bumber on the canals. 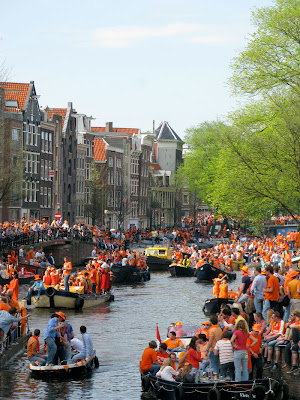 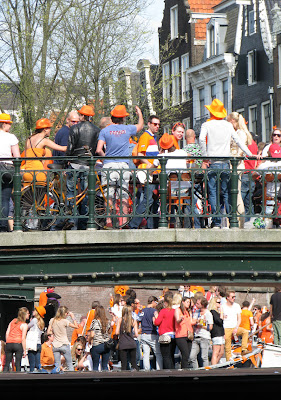 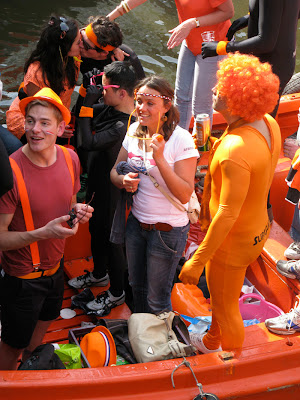 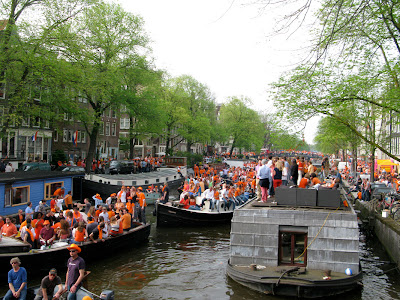 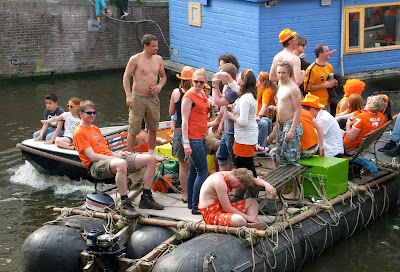 ∨ Singing along to the Dutch tearjerking music in a showerhead attached to a scoot mobile. 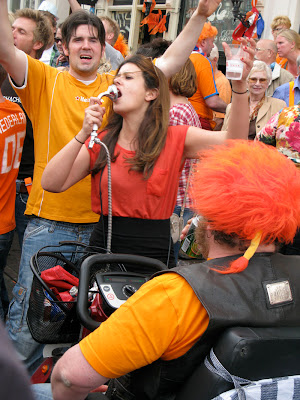 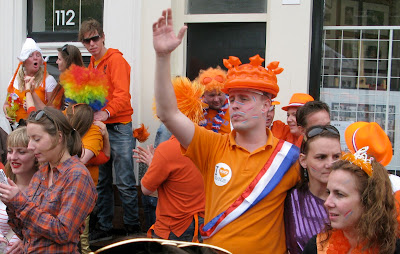